Cuba’s Communism Has Been Damaging 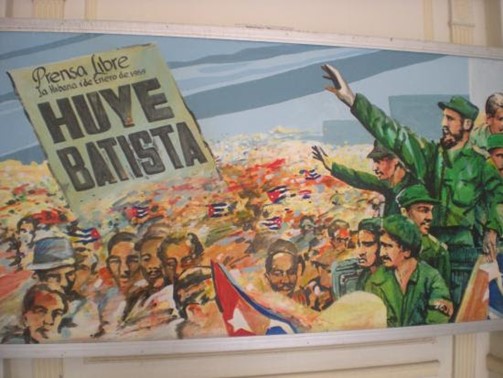 Communism has destroyed Cuba over the last few decades. Today, the economic and political situation in Cuba shows what happens when an authoritarian government takes absolute control over citizens. In order to understand the situation in Cuba, one should understand the historical framework of the Cuban revolution. Before the communist revolution in 1959, there was a lot of racial, social and economic inequality on the Cuban island because many people suffered from the negative impact of previous generations. However, slavery and the encomienda system, the division of Cuban land by race and the positioning of Hispanic society, created social classes based on race. When Cuba was free from Spain, the Cuban island functioned as a capitalist island. However, Cuban capitalism worked for those people who had access to commercial connections with foreigners and were of a high social class. Moreover, according to The World Bank, most people were left poor by this system of capitalism. Because of the failure of Cuban capitalism and the tensions of lower and middle class people, many people supported a revolution that would bring equality to the island. For example, Huye Batista, a mural by Daniella E. Sauri, suggests that the Cuban revolution was very appealing to people of different races and social classes.

In addition, during the fifties, the growth of people’s communism in the USSR had a profound impact on the world. The literature and propaganda of the USSR influenced the majority of the Cuban people. For example, the literature of Alexander Ostrovsky and Boris Pasternak, communist authors of the USSR, emerged in Cuba. In 1959, the Cuban people preferred the promise of equality with communism over crude U.S. capitalism. After the Cuban revolution, many economic, political and social changes took place.

Through this time period, the political ideology of communism was beginning to emerge. The literature of several intellectuals suggests that communism should have improved the living conditions of the Cuban people. For example, “Black Woman,” a poem by Nancy Morejón, is the personal story of a black woman who feels that communism creates a Cuba based on social and racial equality. Within the poem, Nancy Morejón writes the following: “To put an end to capitals and usurers/to generals and bourgeois. Now I am: only today we have and create./ Nothing is foreign to us./ Our land./ Our sea and sky./ Our magic and chimera./ Like mine, here I see them dancing around the tree we planted for communism./ Its lavish wood already resonates.” Morejon uses various forms of the word “our” to indicate the natural equality that came with communism. Morejón believes that Cubans would enjoy their country’s natural resources if they worked toward communism together. Therefore, that Morejón supports communism in Cuba because she thinks that the Cuban revolution brought equality to an island that had a lot of racial and social inequality.

However, the failure of Cuban communism is highlighted in an interview between Fidel Castro and a Cuban-American reporter, Maria Elvira Salazar. In this interview, which took place in 2016, Fidel Castro indicates that Cuban people “do not have access” to radio or any form of communication outside the country. Castro refers to Cubans when he assures that “we will not give them access because we will not give access to those who want to destroy the revolution.”

Clearly, Cuban communism is authoritarian and contributes to isolation from the world. However, the people of Cuba do not have the opportunity to interact with people from different parts of the world with other ideas and ideologies. In an increasingly globalized world, the isolation of the Cuban government damages the country’s economic progress. In addition, according to several studies, Maria Elvira Salazar assures that “the dollarization of the Cuban economy has created a growing social inequality in Cuba.” The natural conclusion is that Cuban communism does not value equality. Moreover, according to Fidel Castro’s natural daughter, Alina Revuelta Fernández, “The only thing the revolution has done is destroy Cuba.” The evidence indicates that Castro’s regime was a failure.

A documentary entitled De Noche Con Maria Elvira (2019) deals with the experiences of several Cubans during and after the Cuban revolution. An interview  between Maria Elvira Salazar and a survivor of the Bay of Pigs invasion is presented. From his point of view, Castro and those fighting for revolution manipulated the youth into believing in communism and committed various acts of violence. However, after the revolution, Castro pardoned several criminals who supported him during the revolution. In short, the Castro government allowed several injustices to pass.

Maddison, a famous English economist, has studied the effect of communism on the Cuban economy. His results are part of a graph showing the GDP gap between Cuba and Spain around 1930. The graph indicates that the economy of Cuba has not grown as much as the economy of Spain. Before the revolution, Cuba and Spain had almost the same GDP. However, after the communist revolution, Cuba’s economy has not expanded much due to the lack of a free market. Thus, Cuba’s GDP has remained at the same level over the last few decades while Spain’s economy has expanded. In economic terms, communism has not allowed Cuba to succeed as an independent country based on true equality. Therefore, according to the data, communism is not a fair system for the Cuban people.